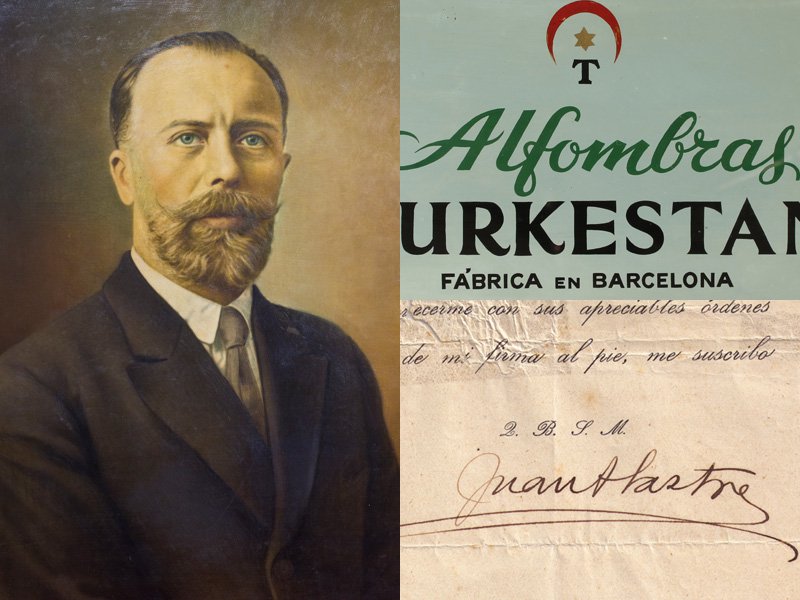 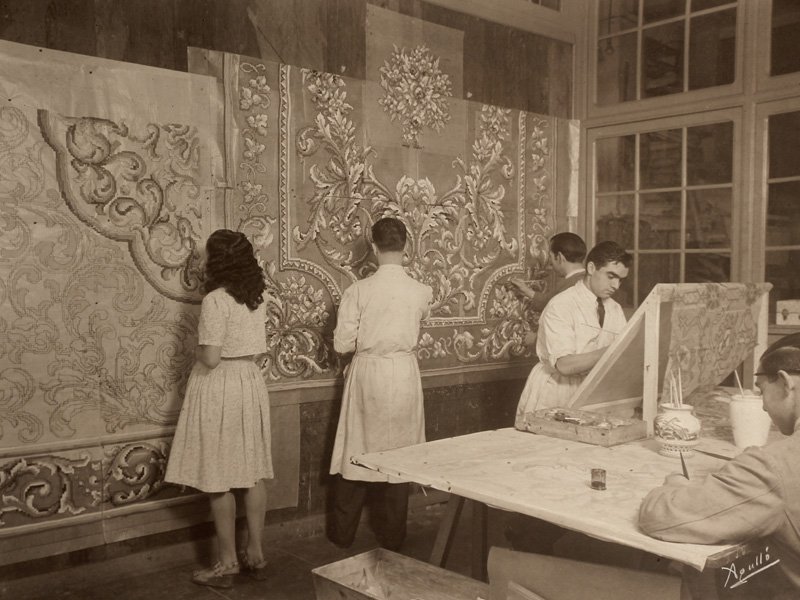 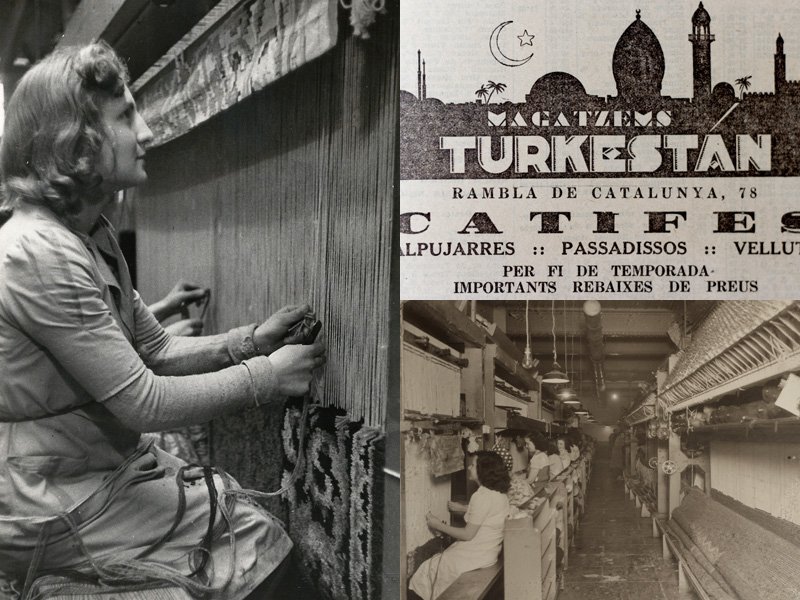 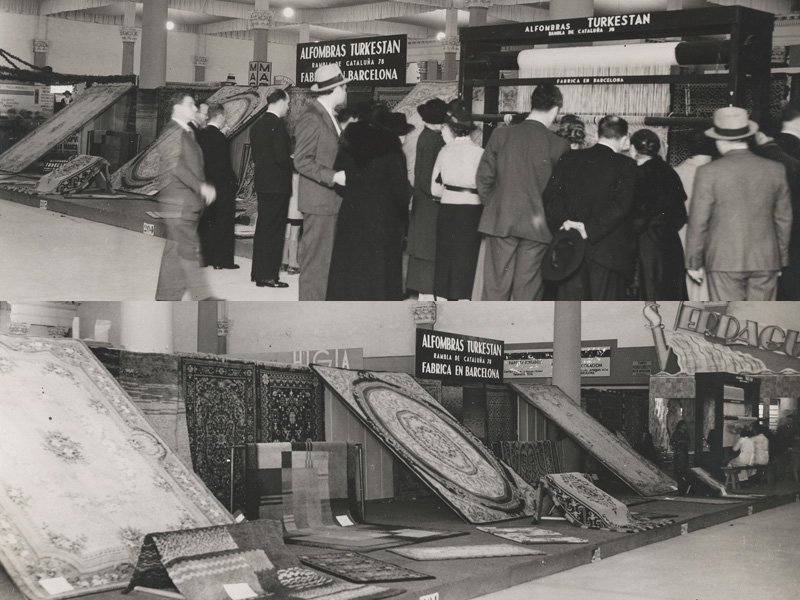 China and Japan in Barcelona

In the late nineteenth century, a fervor for art and Asian products flooded Europe. In Barcelona, ​​several shops started offering products such as folding screens, Chinese porcelains or mats and Japanese figures. In the middle of this Orientalist wave, Juan Antonio Sastre (1880-1944) began working as an accountant in R. Bosch and Cª, a small business that imported «items from China and Japan» at Rambla de Catalunya 69. In 1913, when the owner retired, Juan Antonio Sastre took over the company.

On the 1st of April 1913, «Almacenes Juan A. Sastre» opened its doors in Balmes 74. During the First World War and the «Roaring 20s», Juan Antonio Sastre went into business with products from China and Japan like Chinese mats, blinds, pay-pays, porcelain, bamboo and raw silk, amongst others.

In 1925 his son, Juan Victor Sastre (1909-2010), the second generation, who a few years later became would really lead the project, entered the business. In the late 1920s, the Eastern fever began to diminish and the company also began offering carpets produced in Spain. In 1932, «Almacenes Juan A. Sastre» moved to Rambla de Catalunya 78, changed its name to «Almacenes Turkestan» and the logo formed by the moon, the stars and the letter' T 'was introduced.

In 1932, after years of intense preparation, the father and son duo also opened the hand-knotted rug factory called Turkestan. To avoid delays caused by intermediaries, which was very common at that time, «Alfombras y Tapices S.A.» was created. Thus, opening a factory in the center of Barcelona (Balmes 213) meant they could fulfill orders on time for their clients. But once in operation, the factory not only managed to accelerate the manufacture of carpets, but also became very innovative thanks to a dynamic design department and customized weaving machines. 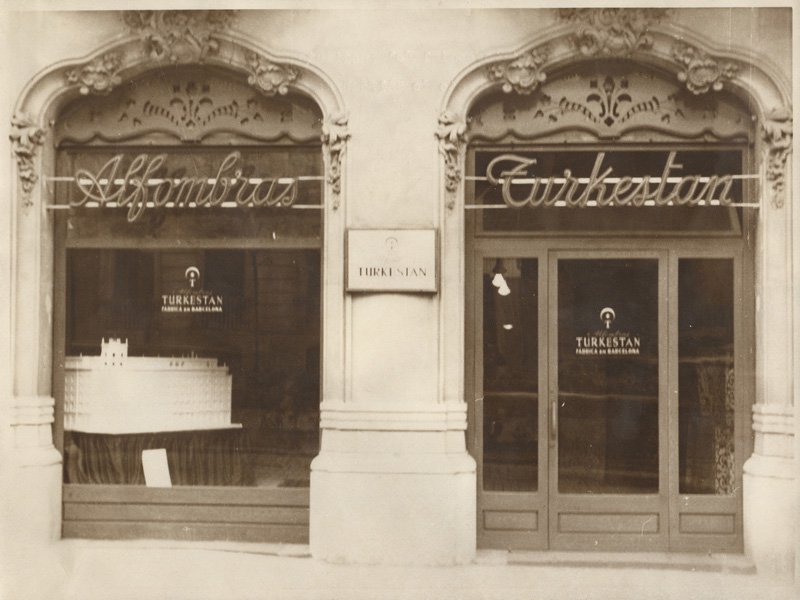 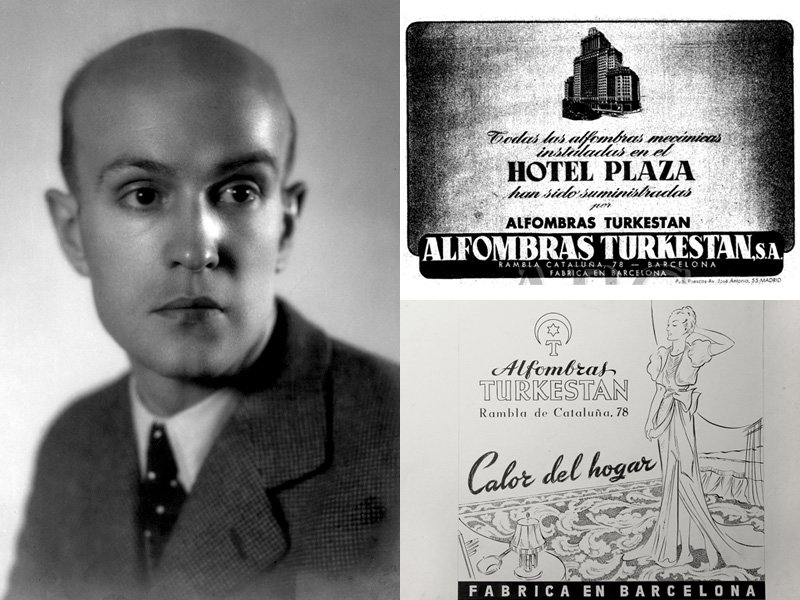 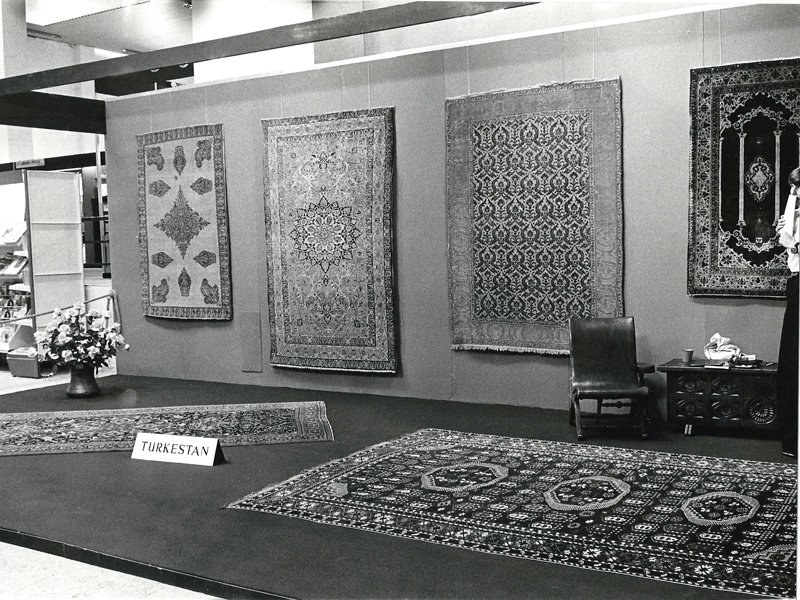 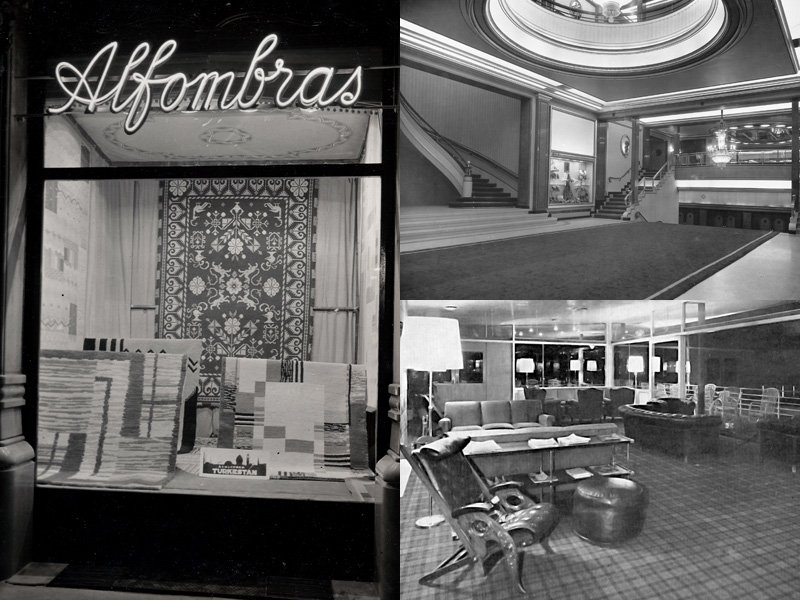 Own carpets and wall-to-wall installations

In 1944 the company changed the name to «Alfombras Turkestan SA». This marked a clear shift in the focus of the project: the products from China and Japan were abandoned and efforts were directed to the hand-knotted carpets, the fitted carpets and little by little, the oriental carpets.

Turkestan managed to withstand the harsh postwar years thanks to large installations of carpets and powerful hand-knotted rugs projects. In 1954, the business moved to the neighboring local, Rambla de Catalunya 76, with an iconic showcase that eventually would become part of the collective imagination of Barcelona.

In the 1960s, even though the Franco dictatorship blocked international trade, Turkestan managed to initiate direct contacts with Eastern producers. It was then that the Oriental rug began to take center stage. The trending carpets of the time were the «Afghan Golden», with its characteristic gold color, and those with the Turkoman drawings.

In 1974, Juan Sastre, from the third generation of the family and who now leads the project, joined Turkestan. In his early years he focused on traveling abroad to discover new trends. Gradually, he gained importance in Turkestan’s management. The approach from the beginning sought to prioritize proposed developments in oriental carpets over Spanish carpets production in the factory. 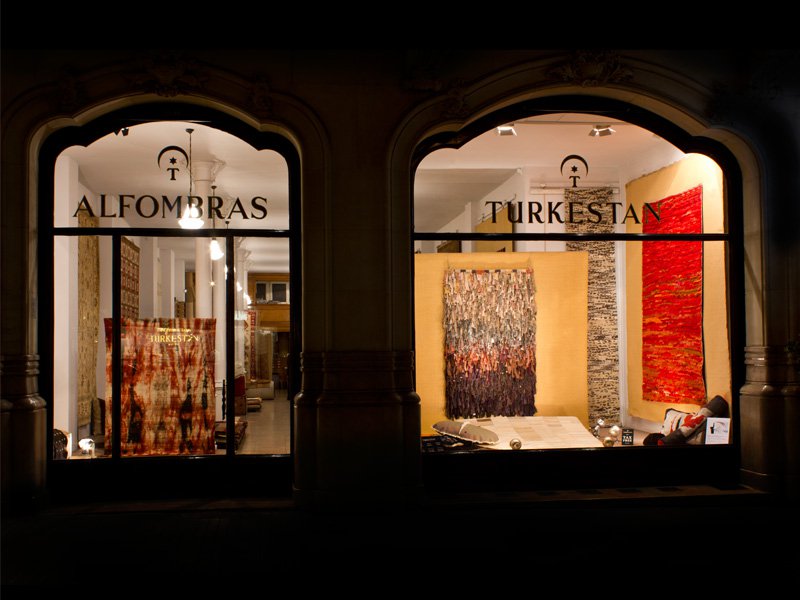 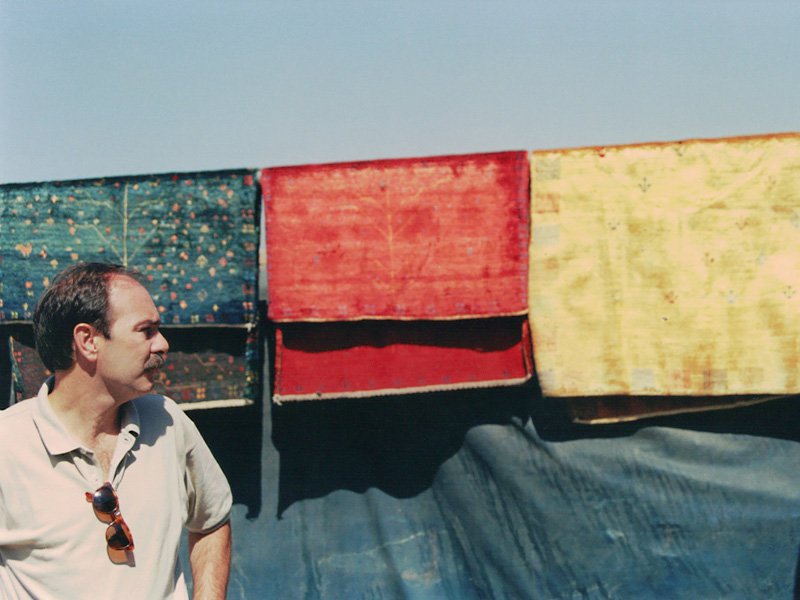 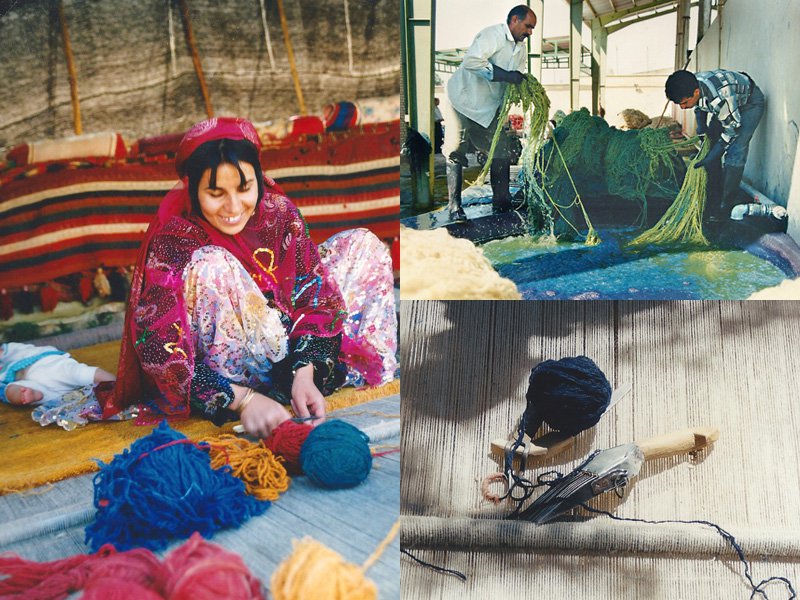 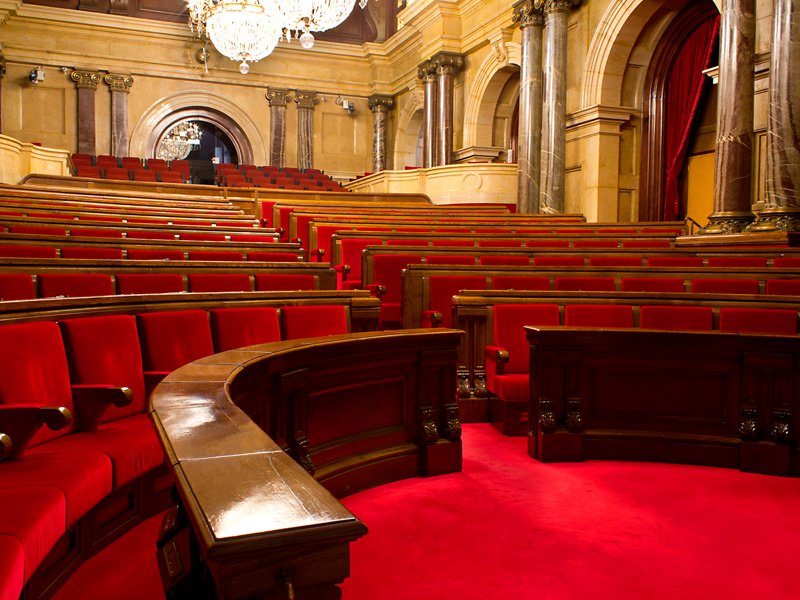 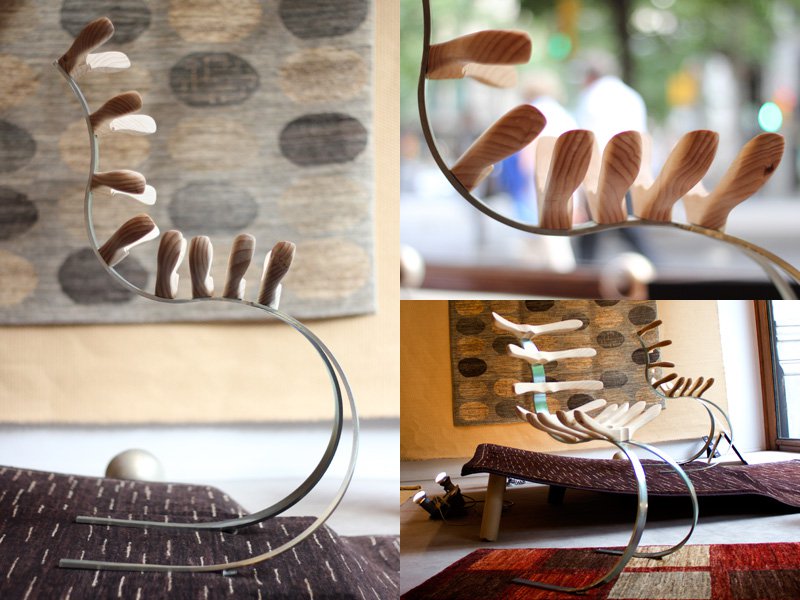 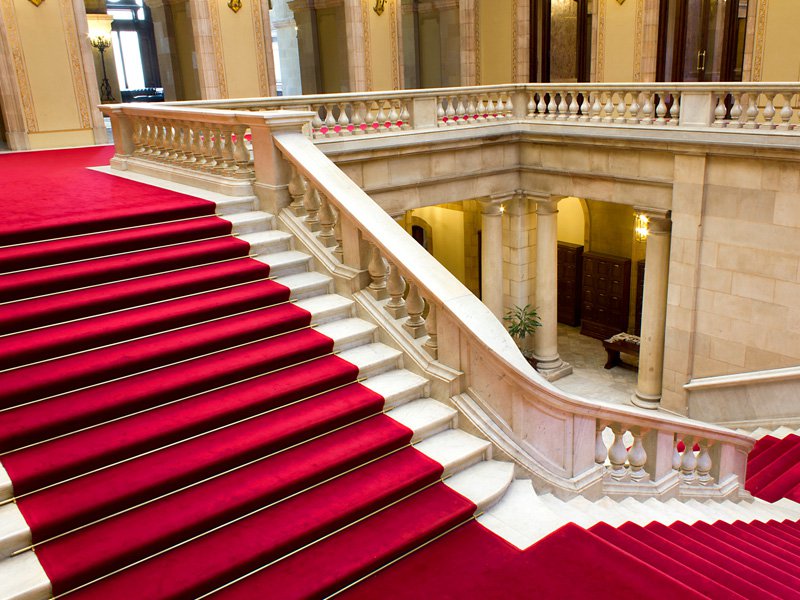 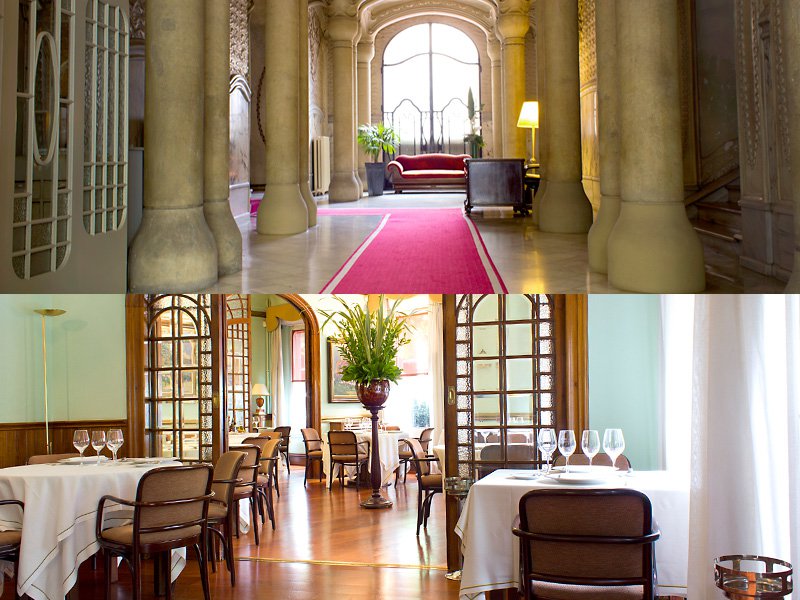 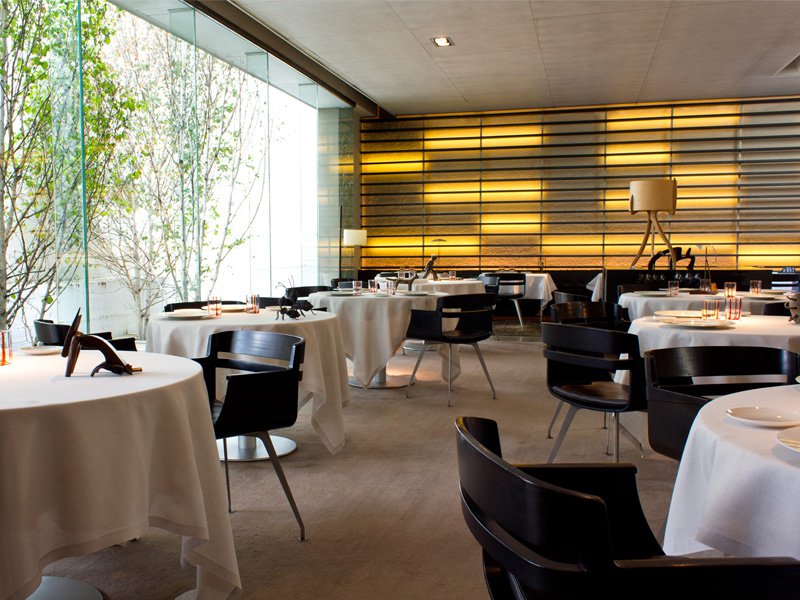 Selectors in the East, pioneers in Barcelona

With the third generation, Turkestan specialized in finding new collections and styles of carpets and kilims in the East and closed its factory in Barcelona. During the 1980s, the series of the Kurdistan tribes, with traditional geometric patterns, or Tibetan rugs, knotted by refugees fleeing the Chinese occupation, were introduced.

In 1990, along with the Iranian company Zollanvari, Turkestan introduced the Gabbeh carpets into the Spanish panorama. Their reception was fast and broad due to their aesthetic novelty: an intense red, white and blue, made with natural dyes; originality and style break from previous carpets; and the high quality of its wool. All the Gabbeh were woven by the women from the nomadic tribes of southern Iran, each piece transmitting a unique aesthetic power, which was the fruit of an ancient tradition.

In 2000, the search for new trends continued providing exciting new discoveries, this time from Turkey, which was the case of the Dizmeck collection — a series of kilims patchworks made by a Turkish artist from old fabrics. This experimental collection of carpets was characterized by the use (and recycling) of various materials, bold color combinations and unusual formats such as objects or cushions.

Following this line, in 2004 Turkestan was again the first in Spain to import the successful Pashtun collection. It was made up of rugs woven using the traditional Afghan technique but with a Western geometric design, which resulted in a balanced and attractive mix of East and West that combined perfectly with European decor.

In 2013, as a result of various urban and real estate updates in Barcelona, Turkestan had to change its location. The third generation decided to close the historical store in Rambla de Catalunya and move to another central street in the Eixample Dret neighborhood of the city. 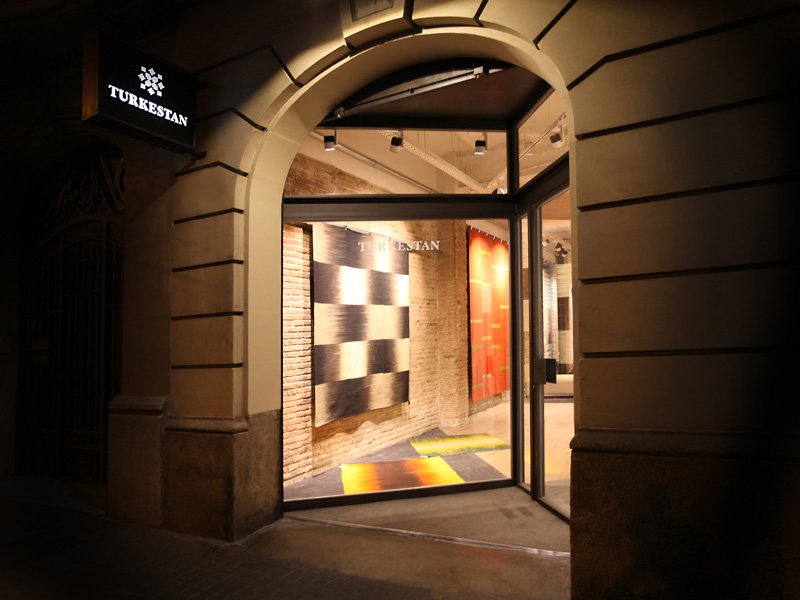 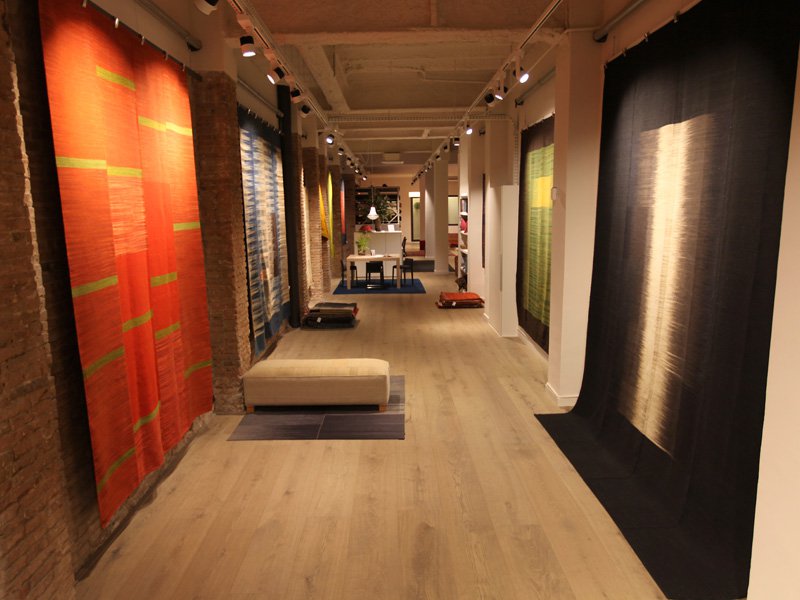 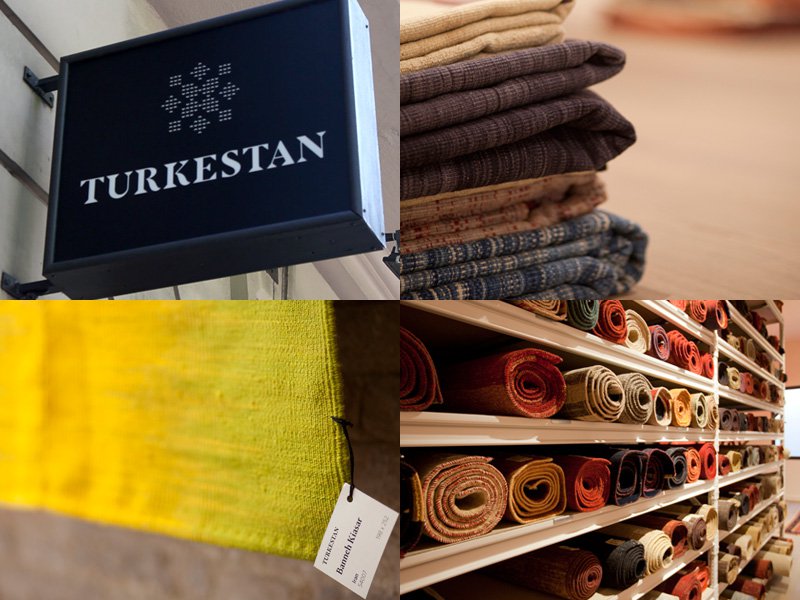 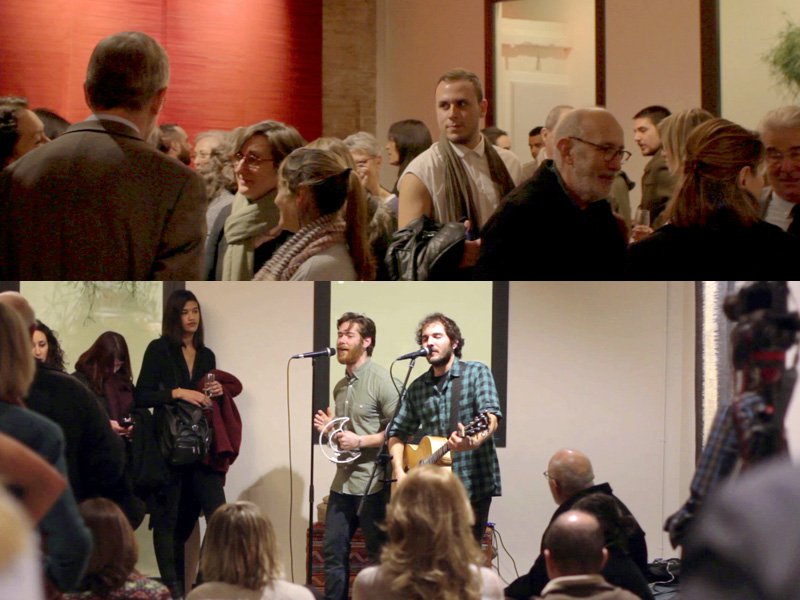 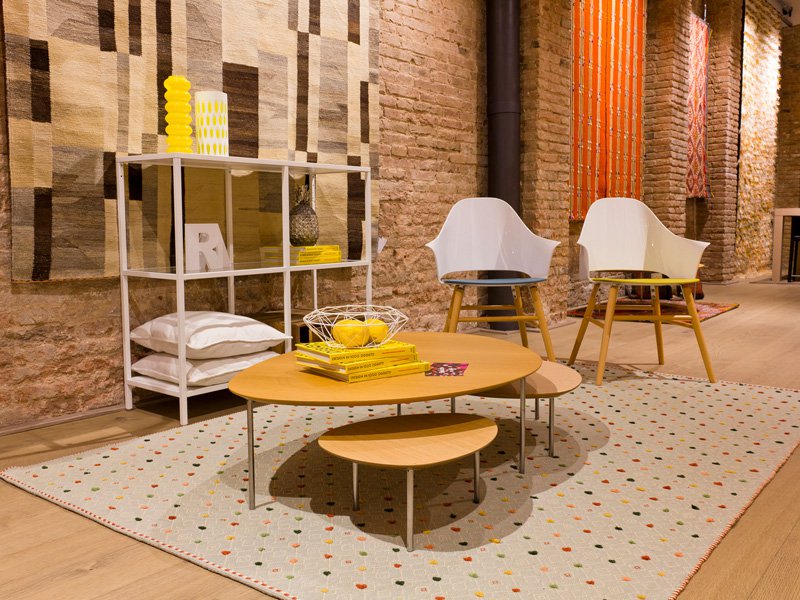 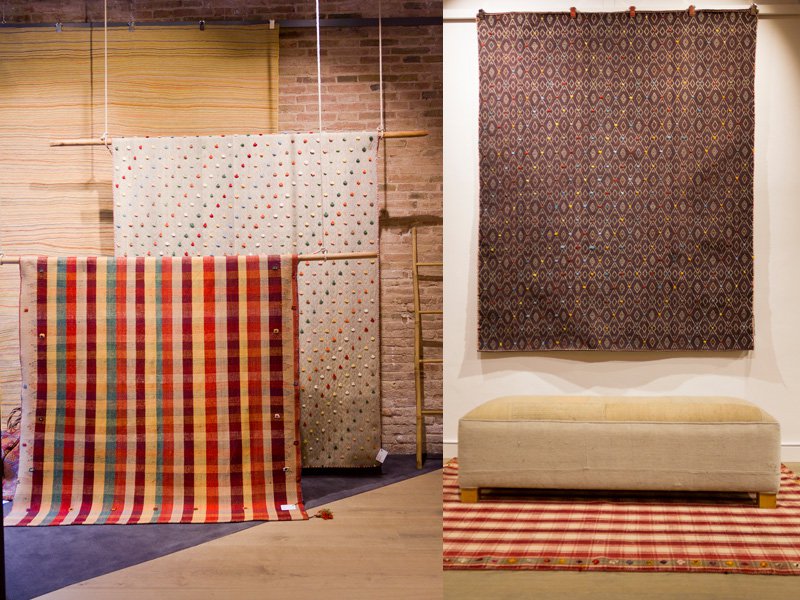 The natural evolution: from store to gallery

In 2015, Turkestan began a new stage in Roger de Llúria 90, on the right side of L'Eixample, a central area in which it begins to focus on the specialized proximity trade. With the moving process, Turkestan has been completely redesigned and now takes the form of a carpet gallery and presents 3 collections of carpets and kilims per year to the public. At the same time, Turkestan offers its own wide stock, consisting of pieces selected in countries like Turkey, Iran, Afghanistan, Pakistan, India, China and Nepal.

Furthermore, the image of Turkestan has changed in order to adapt to the twenty-first century and to emphasize its own revival too. The project has a new logo, a new slogan (which summarizes the philosophy of the project, «warp & weft hunters») and a new website. Turkestan has also moved into the digital age, using social networks like Facebook, Instagram, Pinterest and Houzz. These changes are the result of a significant strengthening in the communication department and allow Turkestan to make an  impact beyond its physical store.

The new gallery Turkestan has been renovated with ecological awareness: the space is illuminated with LED technology, demonstrating the project's commitment to reducing the environmental impact. At the communicative level, the project uses FSC® certified paper, which ensures responsible forest management.

Finally, it is important to note that Turkestan has included a stylist and interior designer and a graphic designer in its team in order to enhance its external communications and provide its customers with advice on decorating.