Turkestan presents its ethnic spirit with a collection of vintage tribal carpets. These pieces have a great aesthetic personality, a power lent by the south and west Iranian communities that produced them: the Qashqai, the Lori, the Bakhtiari, the Kurds and the Armenians. They all have in common the visual power of their symbols and colours, and the fact that they come perfectly along with the current minimalist and industrial decoration trends. 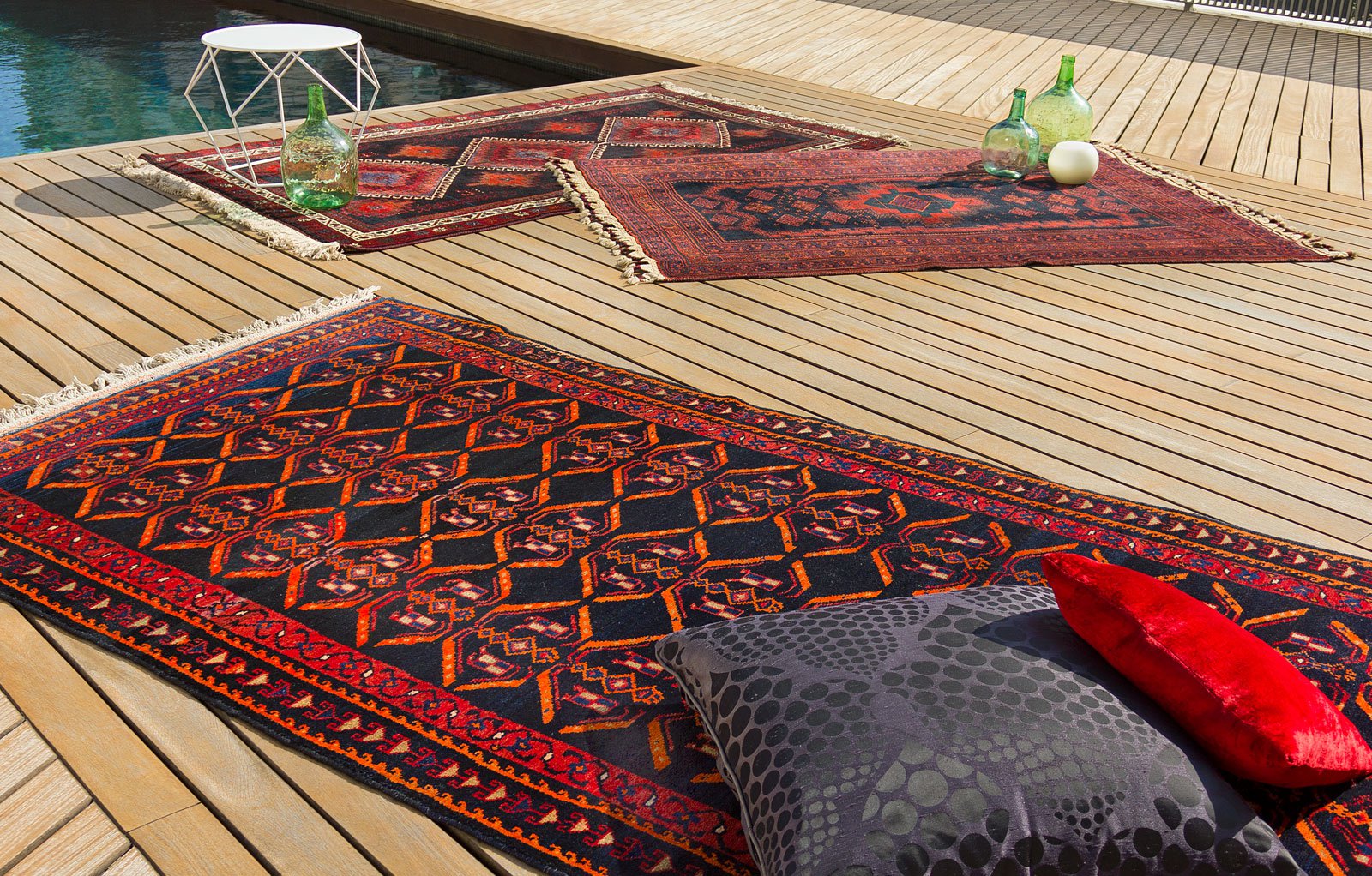 This collection of carpets, crafted between the 1940s and 1970s, presents a powerful visual personality through the vigorous colour combinations of their elements. The borders and the motifs also play a very relevant role and, although they probably pretend to be rather symmetric, they are clearly distorted because of the manual knotting technique. In fact, these ‘incidental variations’ are truly the essence of these unique rugs.

The carpets that form this compilation were produced in small nomadic settlements, inhabited by families and clans that move on a regular basis throughout several remote valleys in the south and west of Iran. Generally speaking, because these groups of people used to make the rugs for their own use, and because of the size and ratio of their tents, the pieces are twice as long as its width. The finishings are also simple, coarse and flawed. 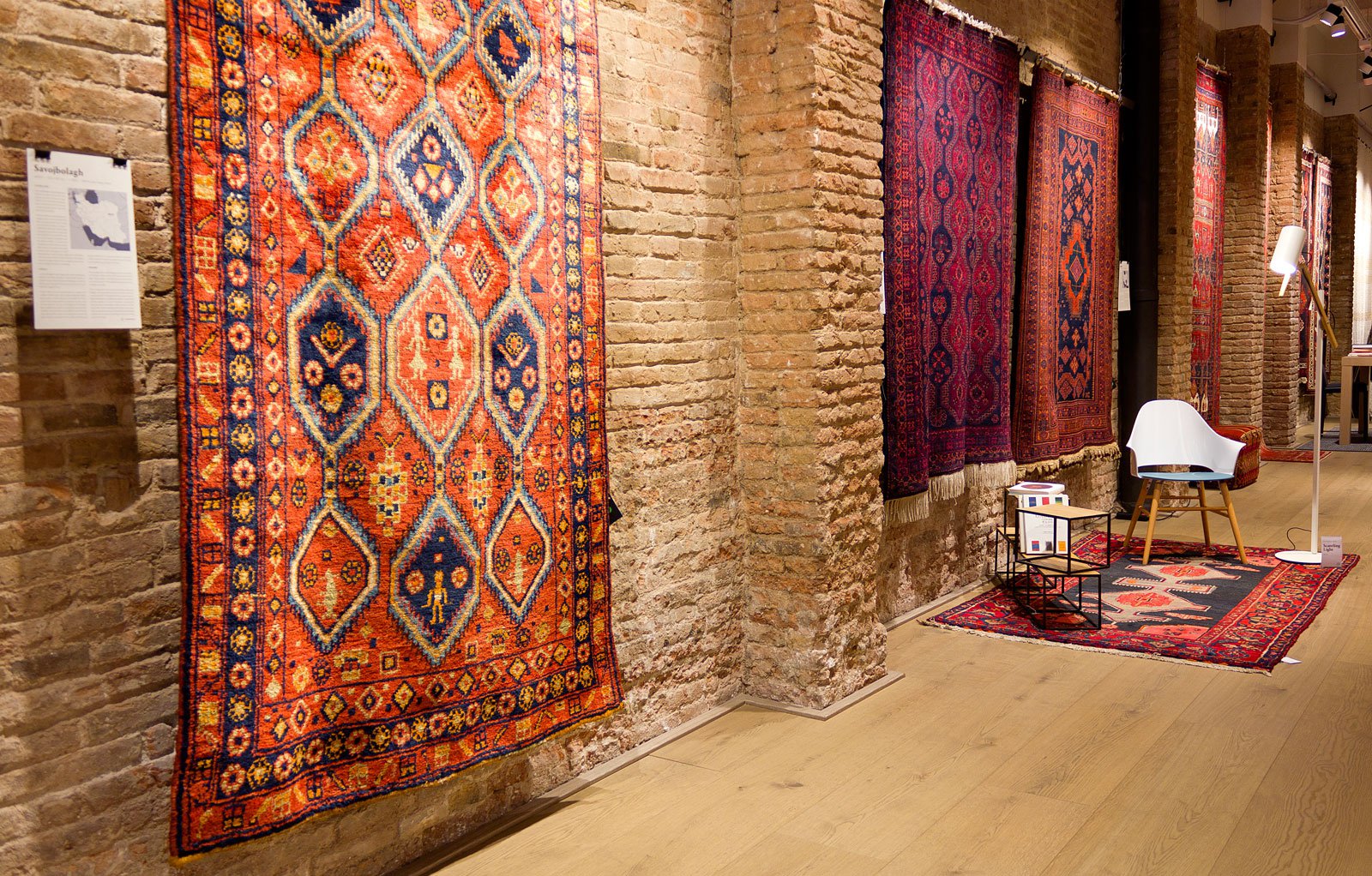 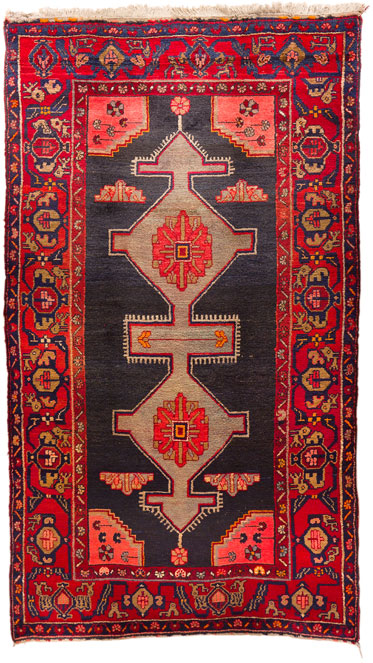 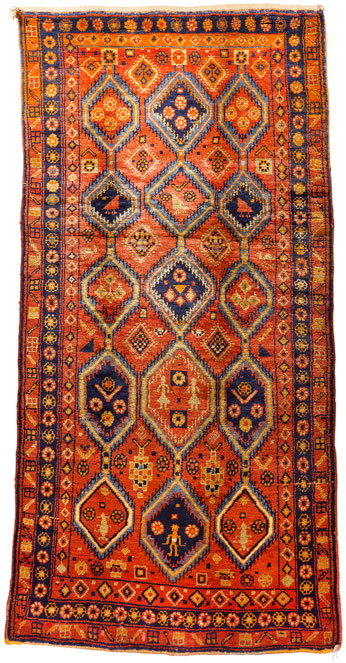 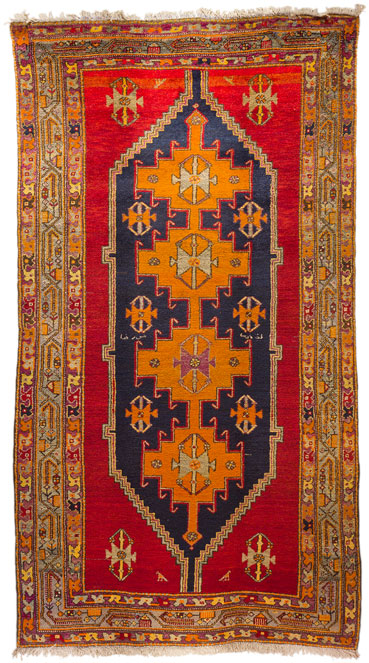 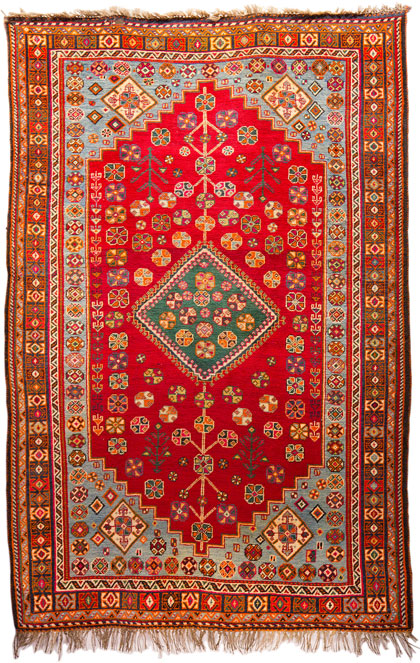 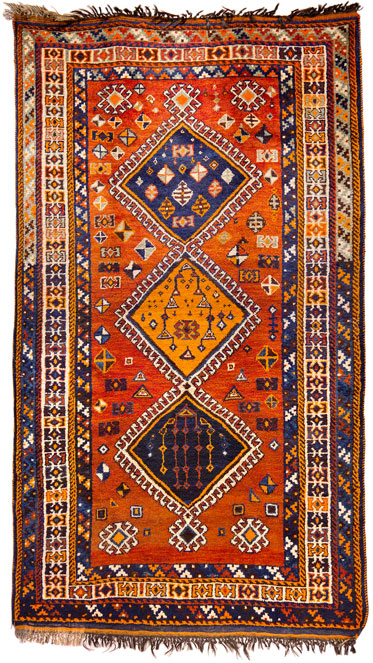 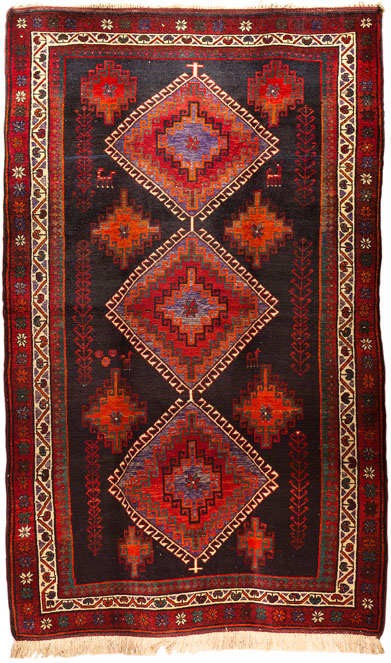 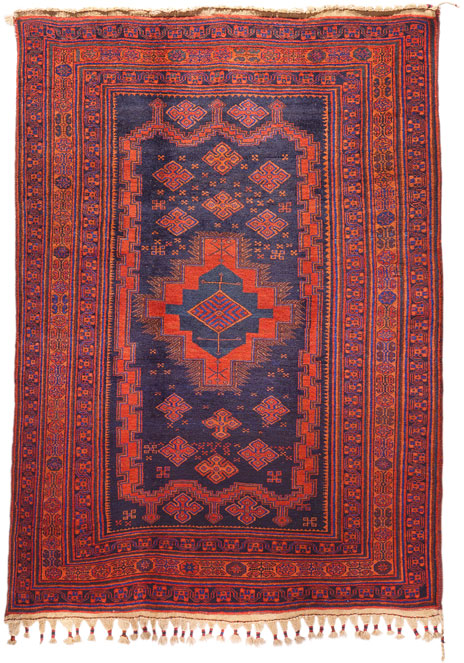 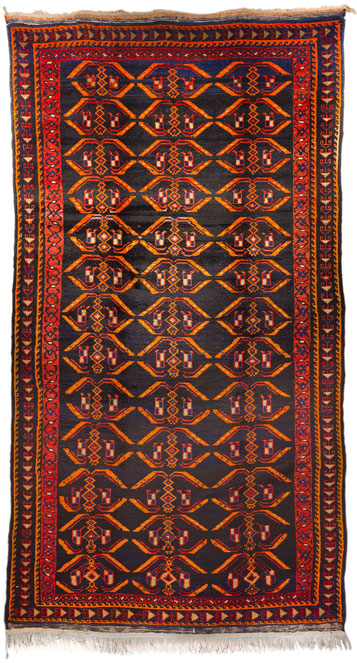 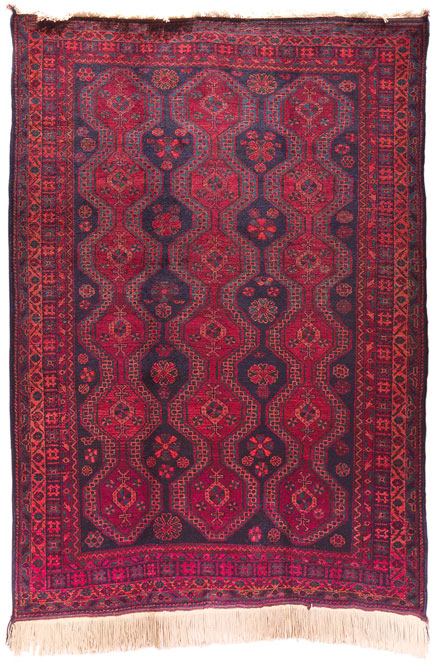 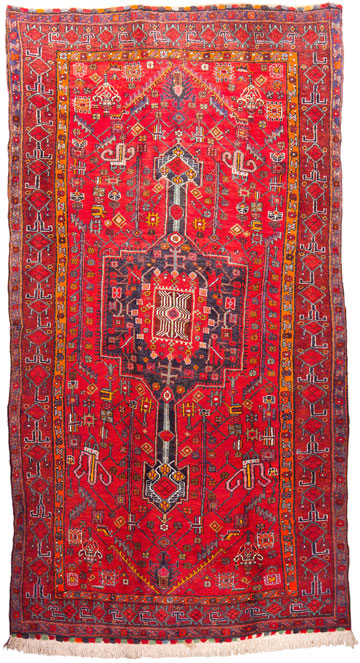 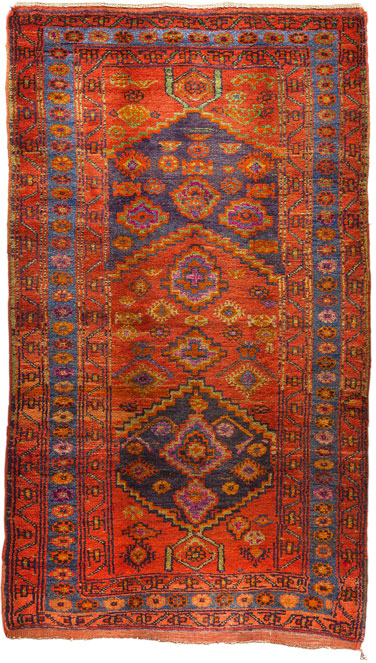 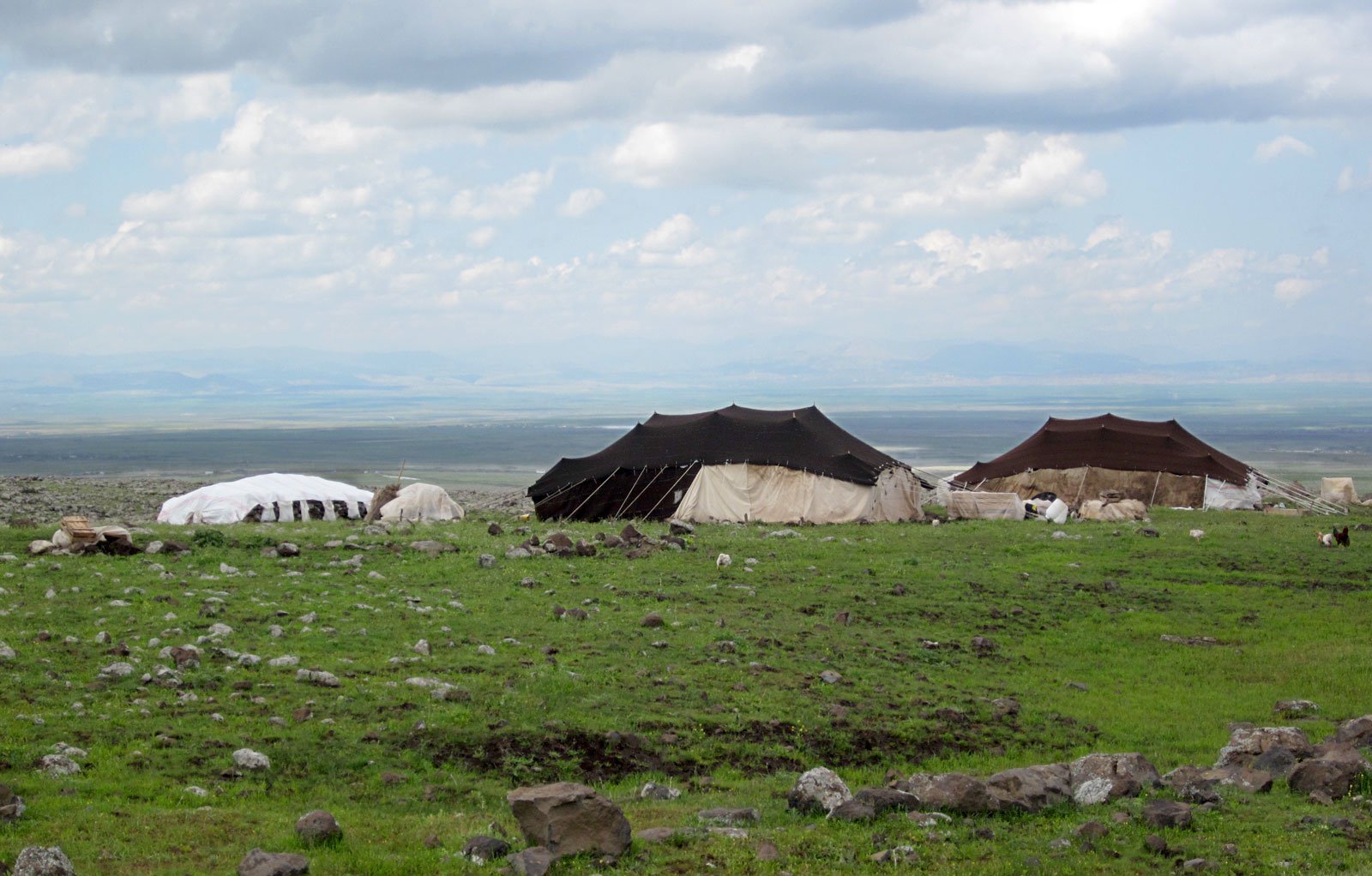 Finally, we would like to highlight the stories that these rugs express through their motifs, which can tell us about exceptional legends and ancient traditions if they are properly read. It is known that most of the icons are defining a unique family or tribe, as our surnames do, and are incorporated in the carpets as a signature. Additionally, these figures can have a religious meaning, related to the nomadic people’s creeds. Or quite the opposite: some symbols might have lost their original meaning and the weavers add them to their creations as a habit or superstition, that is to bring fortune and welfare to the owner of the carpet. 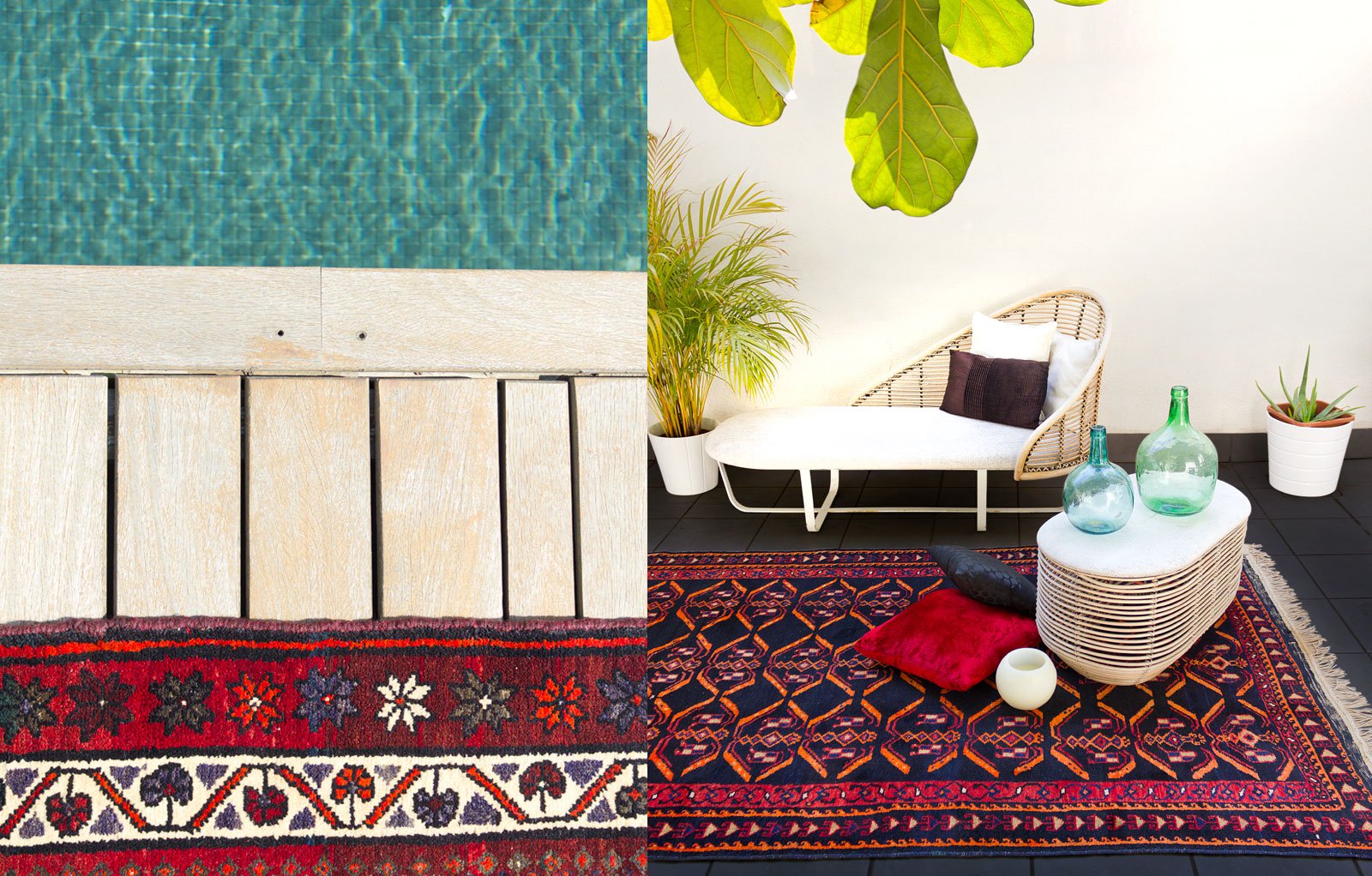